I’m very non-committal when it comes to these kind of topics, i don’t have much of an interest in social sciences or the humanities, much less politics. I am for freedom and equality, and i think natural law covers all that. As long as people leave me alone and don’t infringe upon my rights, or the inalienable rights of another, then i don’t care what they do. If they want to be slaves to a corporate master (nanny state) then they can do that, just leave me out of it. I want no part in a corporate society, all that concerns me is the law of the land and that it is being upheld. I consider myself an inhabitant of the community, not a member of the society.

None the less, people still ask me what my political views are. Well i don’t really like labels, so i’ll just be true to myself and let everybody else slap a label on me, since that is what they seem to like to do anyway and regardless of my input. So here is a summary of my feelings on some issues. I am ok with terms like classical liberal, libertarian, conservative, centrist, center-left-, center-right, anarchist, and anarcho-capitalist. I’m a bit of them all, and don’t appreciate being put into a box. But if i was hard-pressed to provide an answer, i’d most likely just say centrist to emphasize my typical position of neutrality.

What i don’t like is extremism on either side of the spectrum. What i have a problem with is far-right neo-nazi white nationalist skinheads pushing for ethno-states, and/or authoritarian socialist/communist/marxist ideals and the rise of radical leftism and the SJW culture. They’re both extremes, and i’m a man who appreciates balance.

See: Balance Is The Key! – The Mental Schism

So please don’t ask me for my political affiliation, instead ask me for my opinions about a specific political topic. (Eg, gun control, abortion, monetary system, etc.) I generally take things on a case by case basis and i do not ascribe to any predetermined set of political ideals outlined by a label.

The only type of government that can lawfully exist is a representative one, and i personally do not need any representatives, i can be present and speak for myself. I don’t need limited liability, i am wholly responsible for all my words and actions.

I can’t have white male privilege because i don’t have any privileges, i have rights. They are the same rights that everybody else has, so don’t get upset because i exercise them when i have the opportunity. Newsflash, people, EVERYONE is oppressed, and last time i checked, oppression was not a competition. Rights can not be given nor taken away, they are inherent. A right is a right by virtue of it not being a wrong. It’s really that’s straight forward. Of course, your rights can be infringed upon and many people around the world are victims of that, everybody is a victim of something.

If you’re confused by any of this, i suggest reading my other articles regarding law to gather some context.

See: You Are Dead & Lost At Sea

Before you start branding me as a racist bigot or accusing this list of people of being all-right gurus, please note that a vast number of these individuals are actually one of more of the following; Liberal, Left-wing, Jewish, Female, Black, Feminist, Homosexual etc. (and identify as such). The difference being, they aren’t raging emotional wrecks, devoid of facts, evidence and the ability to productively debate free from logical fallacies. They aren’t illogical PC snowflake radicals who can’t handle reality and who are pushing for censorship and unlawful legislation against free speech and other human rights, and generally hampering the ability of anybody having a productive dialogue about controversial issues, on the grounds that somebody may be “offended”.

Kudos to these brave souls who speak their mind and stand up for the objective truth despite the backlash, and for being beacons of logic and reason in a world of ever growing insanity where immature, emotionally imbalanced individuals think they have the moral high ground when they do not, and tragically and ironically end up becoming exactly what it is they claim to be fighting against; absolute fascists.

If this post offends you, good, it ought to offend you. Reality offends, that’s typically a symptom of living in the real world, the truth is not always what we want to hear, hence the expression “Truth hurts”. If you can handle that offense like a rational adult and want to have a civil discussion and reasonable dialogue about these topics, then i more than welcome that. By all means, seek clarification and context and ask me a good question.

If you can’t handle the offense and feel yourself becoming irate and think i am the scum of the earth and all you want to do is belittle, harass and berate me for being a [insert unfair accusatory cliché term here] and virtue signal like a deranged self-righteous SJW, then please don’t bother saying anything at all and just block me and get on with your day. Why waste your breath? That’s the cool thing about freedom of choice, if you don’t like what you hear you can change the channel. But you will not censor my opinion merely because it’s not the same as your own. Grow up, and start ACTUALLY respecting the rights, freedoms and responsibilities you “claim” to be activists for.

One of the common arguments i hear is “Derp, how can you have a problem with SJWs? Tell me what is wrong with social justice?”

Nothing is wrong with social justice, justice is justice, social or otherwise, and it’s a core moral tenet that everybody in the world should always strive for. The problem is the far left and SJWs are not actually fighting for justice in any sense, they are fighting for surrealist delusions, safe spaces, censorship, and the eradication of fundamental human rights, all in the name of “equality”, but when it’s actually an extreme bias at the expense of many rights and freedoms. It actually creates more victims, and it’s an incredibly counter-productive movement rooted in very dangerous and harmful ideologues.

Everybody is born free and equal under the common law of the land anyway, we all have the same inalienable human rights, but what they fail to realize is equal rights means equal responsibilities. To live in the real world requires thick skin, and if you can’t accept the facts of the reality in which you live and you chose to isolate yourself into a safe, comfort zone bubble of delusion where you identify as an Apache attack helicopter or what have you, then you go right ahead and do that, but then DON’T seek impose that delusion upon everybody else or penalize those who don’t conform to it, because that is called FASCISM.

Simple shit. It really is. Study the law, the actual law which is natural law and common law. Know what a right actually is, know your rights and exercise them, and teach what you consider to be oppressed minorities to do the same. Everybody wins, as long as you respect that the groups you consider not to be oppressed also have those same rights and you need to respect those too. We already have equality as far as i’m concerned, and if people started actually behaving like it instead of trying to tip the scales into their favour all the time, things might not be so constantly out of whack.

By all means, seek out injustice in the world and defend those people who are actually oppressed and having their human rights infringed upon, but trying to regulate and control what people say or think is not the answer to that, you can’t fight for the rights of one group of people by sacrificing the rights of another group, or you’re not for human rights at all. You can’t have it both ways.

I’m too disinterested in politics to care that much about a person’s political affiliation, what i’m more concerned at looking at is their level of intellectualism and if they can adequately defend their positions with maturity, humility, compassion and reason.

The vast majority of the people in my list stand against extremist leftism and argue against the insane PC totalitarianism which is born from it, specifically the highly leftist bias of the leftist hijacked mainstream media and universities that pander to and perpetuate it. The fact that many of those people themselves identify as left leaning on the political spectrum speak volumes to that, in my opinion. 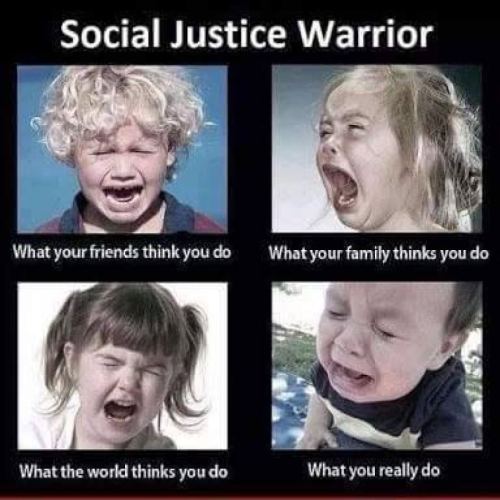 I Love classical liberals, they are just becoming a dying breed these days. I feel sorry for them because just like how a rational and compassionate person who happens to hold conservative values is being wrongly labeled (by the left) as alt-right or far-right, the same can be said for classical liberals who are just as rational and compassionate but are also being labeled as fascists or bigots (by their own leftists and liberals) simply because they do not conform to the extremist values of the far left.

Essentially it’s the fact that radical leftism is on the rise and being left unchallenged, that pretty much anybody who is not far-left is being labeled as alt-right. They are basically so far left on the spectrum that everybody else compared to them ‘would’ be to the right, because there’s no place else for them to be!

Honestly, i am so disinterested in the polarized political paradigm and consider it mostly a false dichotomy, but if i have to be dragged into this debate and forced to take a position, then i take a position of equality and am merely defending the underdog whom i see as being wrongfully accused and the victim of a very cunning system of oppression, quite ironically. The oppression of speech, which is secretly the oppression of thought.

Leftists today are the biggest hypocrites, and i think the reason for that is because despite meaning well (and i truly believe they do) they have become overwhelmed by their anger and emotions and have abandoned their ability to think logically and therefore act reasonably and with respect to others, and as a result of that we have only worsened the problem of oppression and waning freedom.

They don’t want to be equal, they want to get even, and there is a big difference. I’m sorry lefties, but two wrongs do not make a right.

Here are the results of a generation of leftist indoctrination, supported by (mostly indirectly) and left unchallenged by government, media, and the education system. Enter, ANTIFA:

So go ahead, call me a racist, nazi, mysogynist, Xphobe etc. You’d only be proving my point further, empowering my points of view. I am fueled by liberal tears. Every time you lefties disrespectfully throw around these baseless accusations to insult everyone who doesn’t conform to your extremist counter-productive “social justice” principles, you are actually just creating more opposition and feeding the trolls. Every time you virtue signal, intelligent people see right through it, and we cringe, and get a good laugh at your expense.

Grow up and stop taking the bait. Your propositions are preposterous, so tone down the trigger rage and try having a civil and rational discussion with those who have political views contrary to your own, and let’s work together to actually find viable solutions, not final solutions.

P.S – Fuck ’em if they can’t take a joke. #FreeKekistan

P.S.S – Regarding feminism: Classical feminism is freaking awesome, neo-feminism is a scourge upon the earth.